Africa in motion – Visions of Mobility, Identities and Citizenship

This was the theme of the annual conference of the Model African Union Bayreuth e.V. student initiative that simulates the General Assembly of the African Union. It took place from the 7th to the 11th of June 2019 at the University of Bayreuth, and aimed to create a framework for political discussions about current and future topics concerning the African continent. 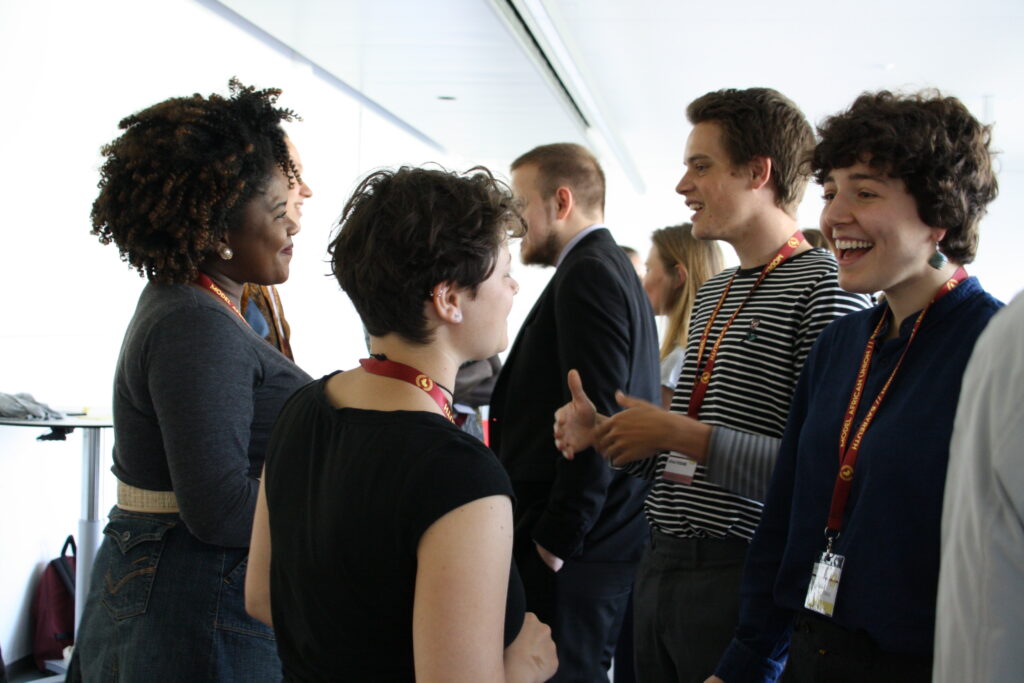 Interactive Meeting of the delegates

A central goal of the conference is to point out the complexity and paradoxes of the political situations of African countries, and also to understand the multi-layered reasons why this is the case. Another is to raise the awareness of the diversity of the African Continent, and to draw a more differentiated image of Africa by giving young African entrepreneurs a platform to talk about their innovations.

Therefore, by taking on the role of a delegate and representative of an African country, the participants of the conference not only learned about the economic and political interests of an individual country of the African Union, but were also able to enjoy a rich workshop program that included topics like social entrepreneurship and startups, the feesmustfall movement, and cultural workshops. The five days of the Conference were hence a great opportunity for the participants and guests from all over the world to network, share experience, and evolve new ideas together. 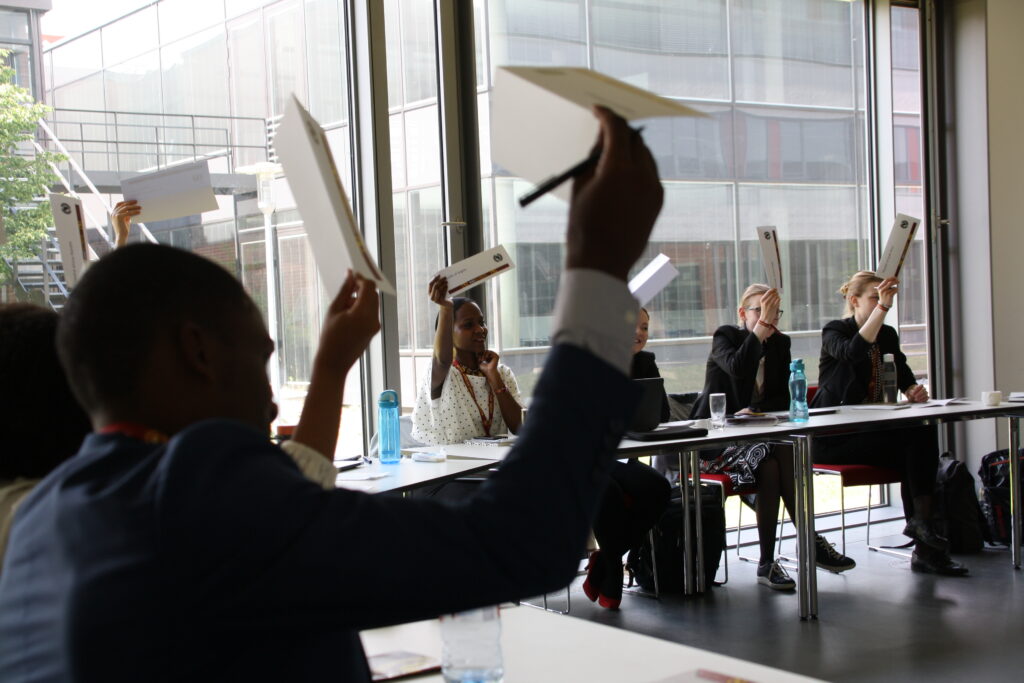 Delegates are voting during a Committee session 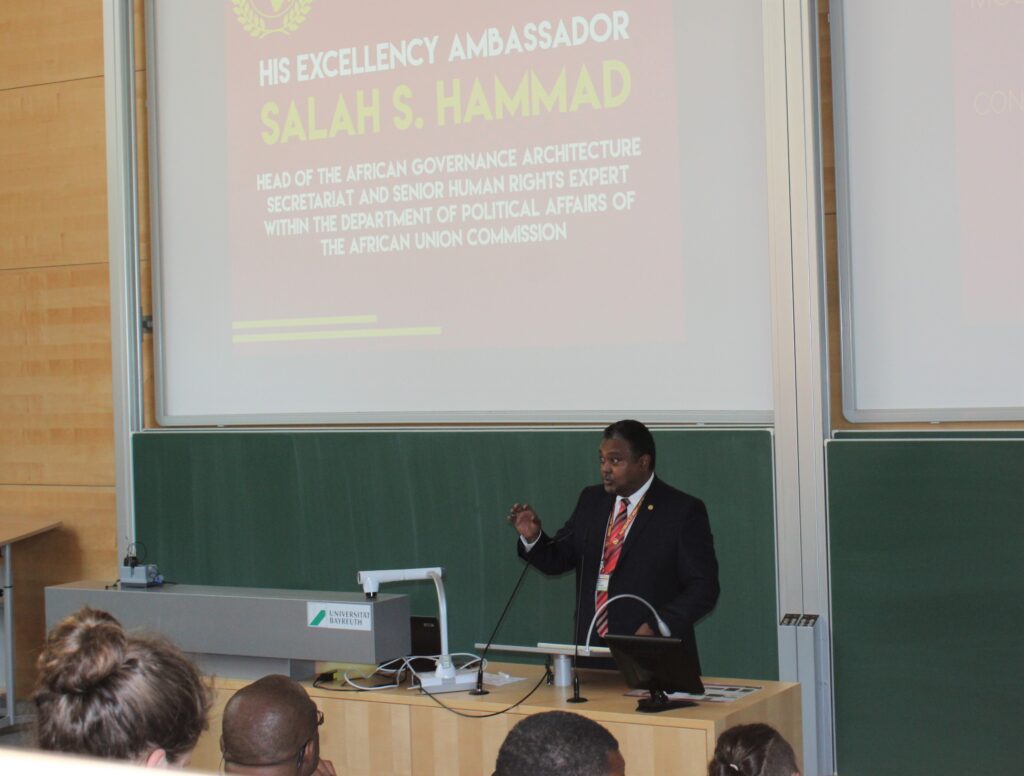 Besides representatives of NGOs like Afrique Europe Interact and Visa Wie, who conducted a variety of workshops, several well-known people such as diversity consultant and curator Dr. Cassandra Ellerbe took part in this year’s panel discussion on the topic of “Decolonizing knowledge systems in Africa”. Not to be outdone, Barrister Felix Agbor (Balla) Nkongho, a well known Anglophone Cameroonian human right lawyer, activist, founder and director of the Centre for Human Rights and Democracy in Africa, held a lecture during the Conference on the causalities of colonial heritage in present wars and conflicts on the African Continent.

Making this outstanding Conference in Bayreuth possible, we would like to thank all the students who offered their time and effort, as well as the University of Bayreuth, especially the ‚Africa Multiple‘ Cluster of Excellence, who financially supported this year´s conference.

Panel discussion on the topic “Decolonizing knowledge systems in Africa”

If we have perked your interest, whether in organizing next year’s Model African Union Conference or being part of our association, please feel free to come to one of our meetings and get to know us better. The weekly meeting takes place every Wednesday starting at 6 pm. in room S25 of the GEO building! We would love to see you there!