The Permanent Representatives Committee (PRC) includes representatives of all AU Member States, aiming to facilitate communication between the African Union Commission (AUC) and Member States’ capitals. It conducts the day-to-day business of the AU on behalf of the Assembly and Executive Council, reports to the Executive Council, prepares the Council’s work and acts on its instructions. Therefor it makes recommendations on areas of common interest to Member States and drafts decisions to be constitutionalised and implemented by the Council. Furthermore, it monitors the implementation of the AU budget.

The Peace and Security Council was established by the Assembly of the African Union in 2003. The purpose of its creation was to establish an organ, which is able deal with issues regarding peace, security and stability in Africa in an efficient manner. Its key powers are the prevention of conflicts and preventive diplomacy, the management and the resolution of conflicts and crisis situations as well as the encouragement of peace-building. The Pease and Security Council consists of 15 members, who are chosen according to regional criteria, including the principle of equitable national rotation, while five among its members are elected for a three-years term and ten for a two-years term.

Topic A: Challenges and chances of transcontinental migration for African countries: brain-gain, brain-drain, or brain-circulation?

Topic B: Promoting trade and development through transnational cooperation in building sustainable infrastructure 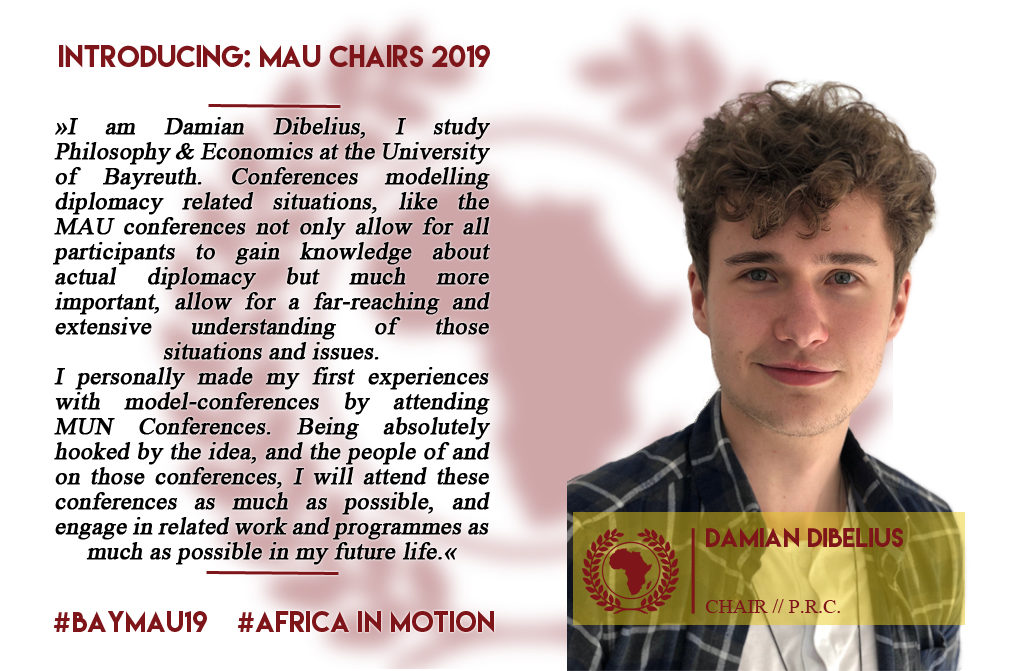 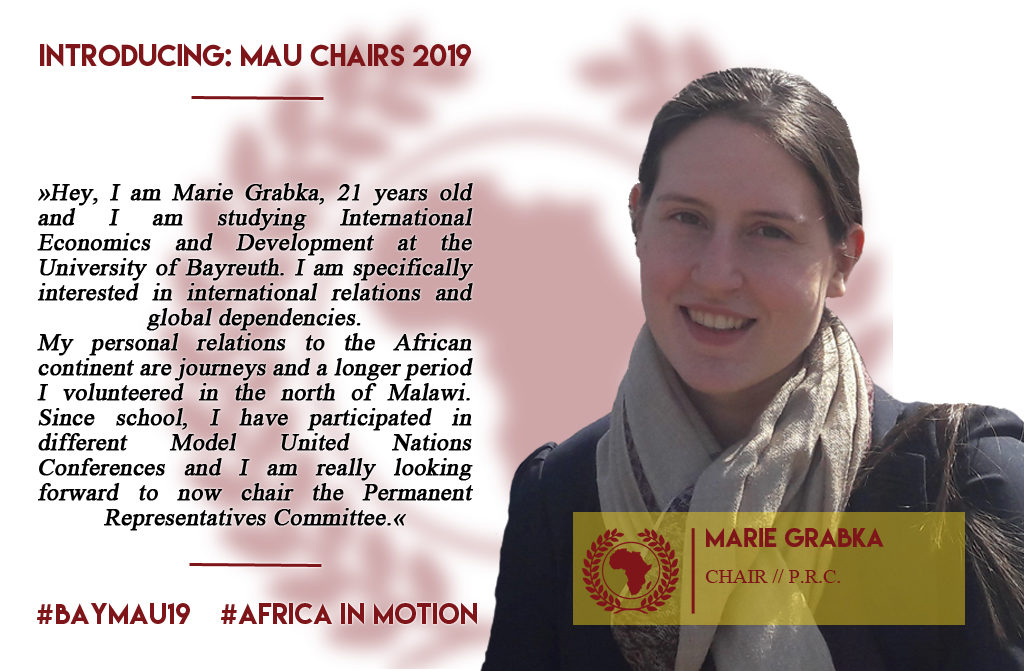 Topic A: The rise of terrorism as current security threats in Sahel-Sahara region Foreign intervention and the presence of non-African militaries in Africa: their effects on sovereignty

Topic B: Manipulation and violence in the electoral process and their consequences in African countries 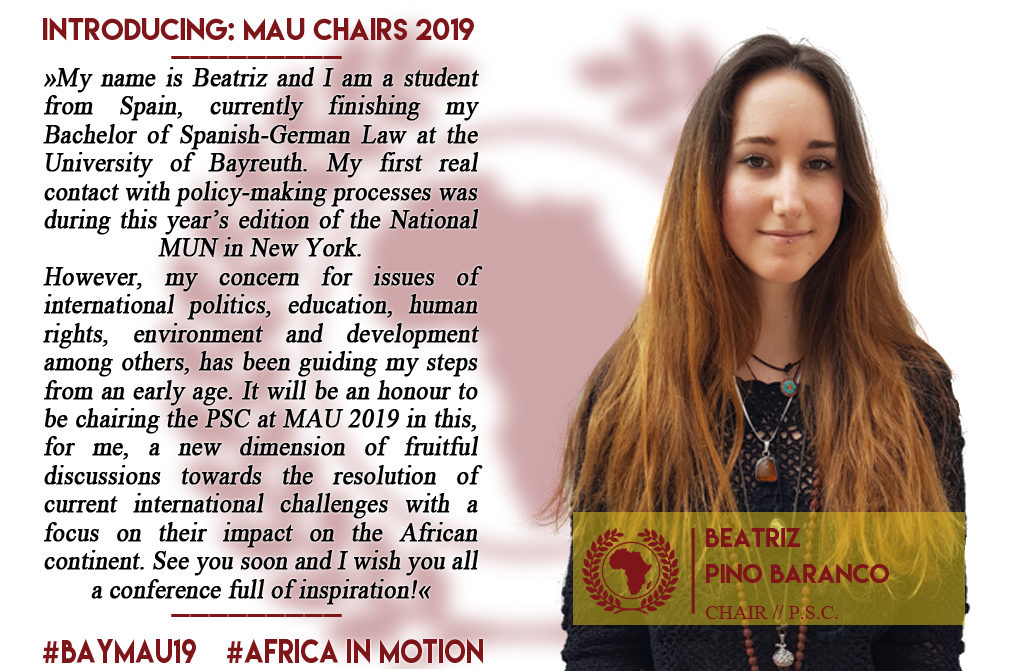 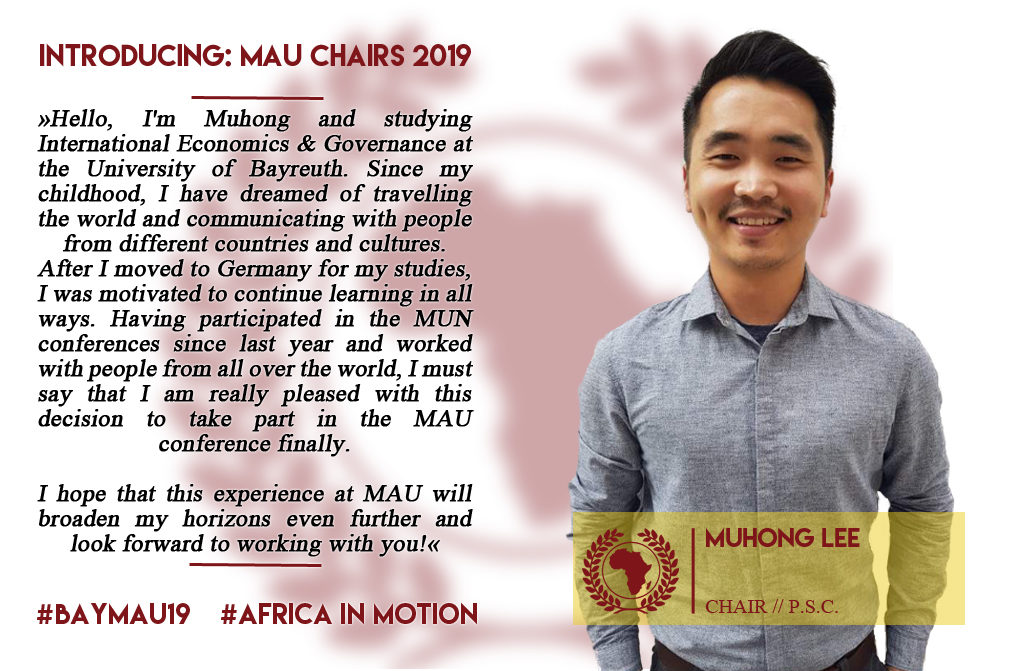 The Economic, Social and Cultural Council was established by the Assembly of the African Union as an advisory organ in 2004. Its major tasks are the discussion and promotion of the objectives, visions and policies of the AU and the provision of consultancy services. As the ECOSOCC is composed of representatives of African Civil Society Organisations (CSOs), it provides the opportunity of active public participation in AU policy making and thus functions as a link between the AU and the people. Each member state is represented by two CSOs. The members of the ECOSOCC are working in ten different committees, which focus on various focal points at the reginal or continental level, for instance Social Affairs & Health, Trade & Industry, Peace and Security and Diaspora. The ECOSOCC has its own General Assembly.

Topic A: Securing and enhancing intercontinental freedom of movement endangered by foreign influences

Topic B: Organizing demands for reparations for slavery and colonialism 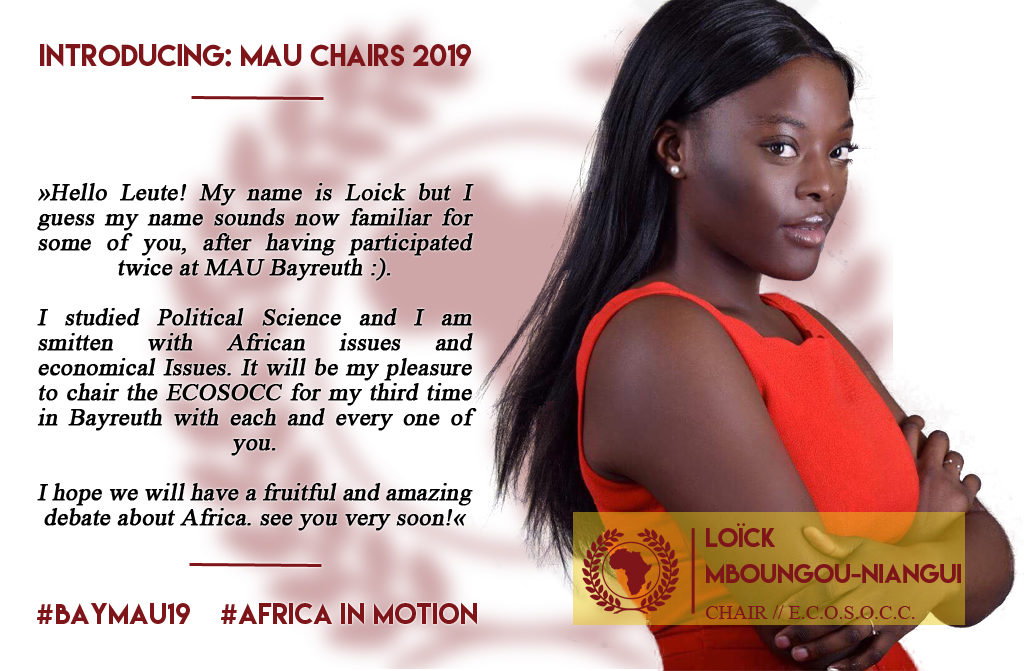 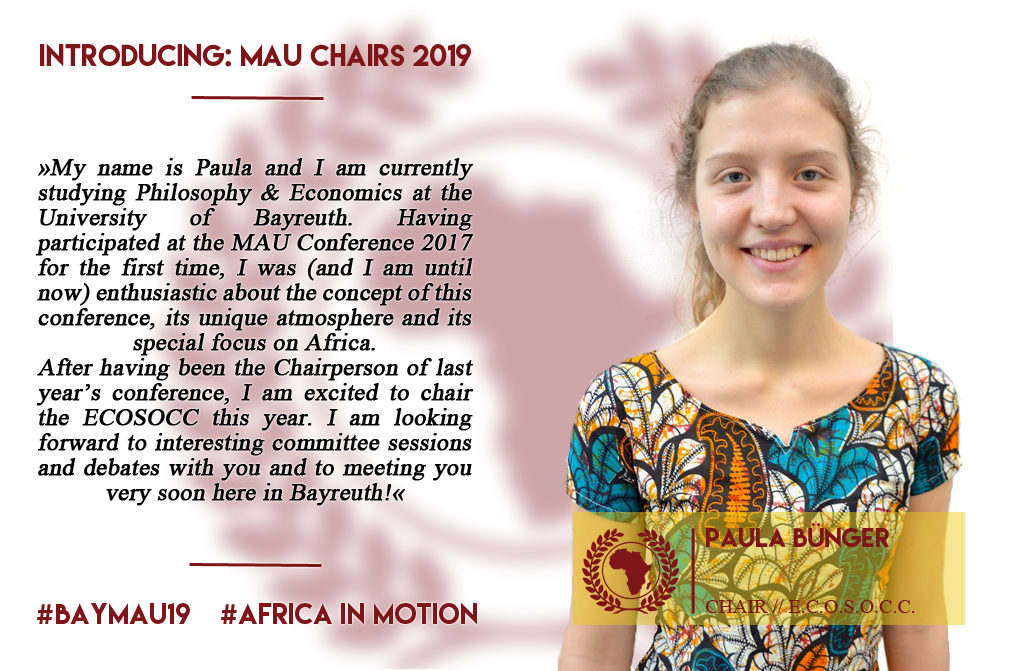 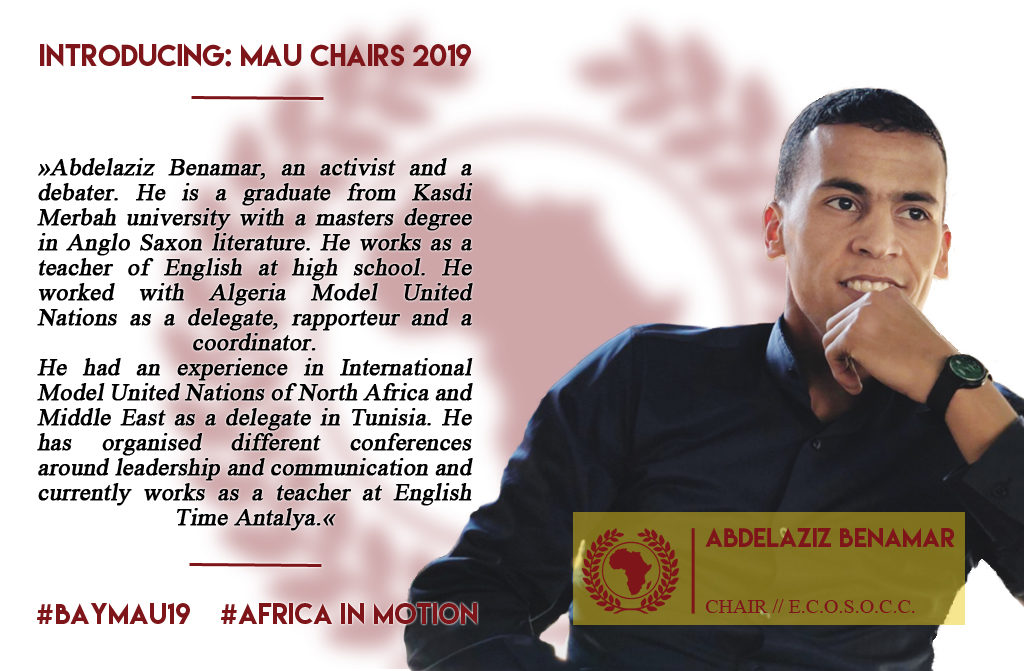